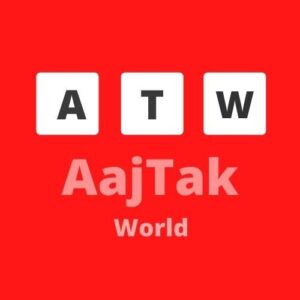 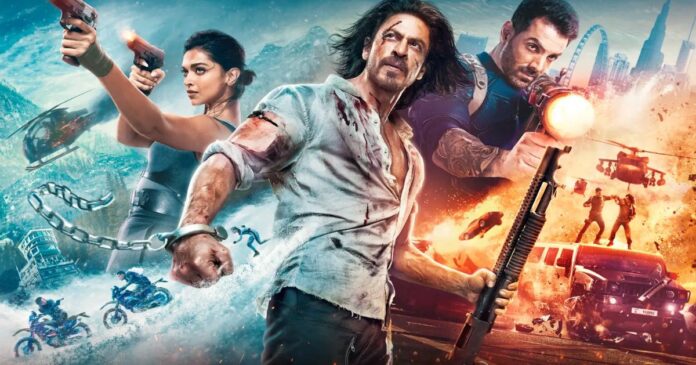 It’s no spoiler to reveal Pathaan features a cameo by Salman Khan’s Tiger, but who knew that he and Shah Rukh Khan would be so darn cute together? At one point, the two of them sit, bruised and battered, and Shah Rukh says, “You know, sometimes I think it’s time to stop. It’s been 30 years.” Salman looks unconvinced and the two Khans then discuss, without naming names, who they can pass their mantle on to, only to arrive at the conclusion that there’s no one. With that familiar twinkle in his eye and wrinkle upon his brow, Shah Rukh tells Salman, ““Bachchon pe yeh sab nahi chhod sakte (Can’t leave the hard work to the kids).”

However, before we talk about how Shah Rukh Khan saves the day, let’s just deal with the bikini in the room first. Even after adhering to the changes demanded by Central Board of Film Certification, the song “Besharam Rang” is very much in Pathaan as is the orange bikini that got Right wing trolls’ knickers into knots. Only the bikini and sarong (still defiantly orange) appear on Deepika Padukone’s person towards the end of the song sequence. We see her walk away from us and towards a pool. Shah Rukh Khan as Pathaan follows her. She pauses for a moment, takes off the sarong, and then dives into the pool. Pathaan’s gaze is trained on her — only to realise that the offending orange swimwear and body that it sheathed were a distraction for what he should have seen much earlier. The real villain, Jim (John Abraham) with his “patriot” tattoo, is lounging in the pool, smirking at the sight of Pathaan having fallen for the honey, sorry, orange trap laid out for him. On its own, the scene is just amusing for the way Jim, played with muscular panache by John Abraham, outfoxes the hero. Seen against the backdrop of the controversies that have come Pathaan’s way, the fact that the orange bikini is just a ruse feels like a brief but pointed commentary about where politics and public discourse in India stand at the moment.

Siddharth Anand’s action adventure Pathaan has what can only be called the Schroedinger’s cat of plots. On one hand, there seems to be a lot going on here, beginning with a cancer-ridden Pakistani general who decides to hire a mercenary outfit to terrorise India after Article 370 is revoked in 2019. From this starting point, we’re taken to a kidnapping in Dubai, an arms deal “somewhere in Africa”, a heist to break into a super secure safe in Moscow, and a bomb blast in an undisclosed location (that’s just some of the highlights). At the same time, narrative is merely a weak excuse for Anand to take us on a world tour and deliver one insane action sequence after another, featuring one or more gorgeous specimens of muscular masculinity. In one scene, Abraham grabs hold of a cable and drags two helicopters as though he’s a determined dog-walker with two misbehaving dogs. In another scene, after two Indian agents (one of whom is Pathaan) have destroyed a tunnel, a bridge and killed at least a dozen police officers in Russia, the head of the covert operations unit (Dimple Kapadia) muses, “I don’t know what you’ve done, but our relations with Russia has never been so strained.” Maybe because we’ve never gone around blowing up massive infrastructural projects in the past?

In addition to delivering spectacle upon spectacle, Anand and dialogue writer Abbas Tyrewala make sure they don’t miss an opportunity to crack a joke or sneak in a meta statement. When Padukone, who plays a Pakistani spy named Rubina, looks deep into Jim’s eyes and says, “Doob gaye? (Are you drowning?)”, you can’t help but start humming “Doobey” from Gehraiyaan. At one point, Jim asks what’s up with the Pakistani intelligence agency, ISI, since all its operatives seem to be falling for Indian spies. “First Zoya and Tiger, now Rubina,” Jim says with a smirk, making the joke before the rest of us get a chance. In the middle of executing stunts on buses, trains, cars, buildings and frozen lakes, Khan sneaks humour into unexpected nooks and crannies of the film’s convoluted timeline (the only thing to outnumber the action scenes are the flashbacks). Look out for the hilarious little salute to Khan’s breakout film Darr (1993).

Then there’s the moment when Colonel Luthra (Ashutosh Rana) tells Pathaan he must be the gold that brings the broken pieces together, making a reference to the Japanese art of kintsugi. While Rana is talking about his department, the sentiment feels applicable to a larger context. What Luthra wants Pathaan to do for the covert operations unit, we want Shah Rukh Khan to do for the Hindi film industry and India: Save the day and bring us together.

It’s a tall order, but Shah Rukh Khan might be the one who can deliver. His Pathaan is a hero for today’s India and Khan brings all the familiar gestures that are beloved by his fans to the role, which feels new on the actor because it’s different from what we’ve seen him do in the past. The romantic hero is gone, replaced by an older, scruffier man who is determined to fulfil the responsibilities placed upon him by his circumstances. In a scene where Rubina and Pathaan find themselves goosebump-inducingly close to a kiss, it’s Pathaan who turns away, muttering a little curse. He won’t let himself be distracted by longing anymore; he’s got a whole worldview to save.

When Rubina asks Pathaan if his moniker means he’s Muslim, he tells her he has no idea. The name is a legacy of serving in Afghanistan and as far as his identity is concerned, he was abandoned in a movie theatre as an infant (if Manmohan Desai, the patron saint of abandoned Bollywood babies, was alive, he’d have cursed himself for not having thought of this). It’s meant to make you giggle, but the origin story is also a reminder of how the cinema is a safe space for us, where escapism nurtures a kind of innocence and where we live out our dreams. In sharp contrast to the standard alpha male action hero, writer Shridhar Raghavan writes Pathaan as a character who brings to the stereotype what Khan in his heyday had brought to the romantic hero: Vulnerability. Pathaan is not infallible and omnipotent. He gets beaten up, he needs saving by women, and he keeps painkillers in his pocket. His body might look like it has more muscles than listed in an anatomy textbook, but Pathaan doesn’t hide how beguiling that facade is. In one of his early conversations with Kapadia, he lists all the metal plates and screws that are holding his body together. “It’s a menace making my way through the airport,” he tells her with a wry smile. Pathaan’s superpower isn’t that he’s unbreakable, but something far more human — he’s a survivor.

Although it does rely heavily on Khan’s heroic abilities and gets tiresome towards the end, Pathaan is as entertaining as it is because Abraham and Padukone are fun to watch as the cruel mercenary and the devious spy respectively. Every hero needs a worthy villain, and Anand is able to use Abraham’s stilted delivery and granite-dense expressionlessness to make Jim come across as a man whose emotions have shut down. Jim is, as many fan theories had predicted, a former Indian spy and when we meet him for the first time, he strides in slow-mo to the tune of “Ae Mere Watan ke Logon”. Whether it’s in a battle of wits or physical strength, Abraham and Anand convince us that Jim is more than a match for Pathaan. The two go head to head repeatedly in the course of the film and most of the time, the contest either ends in a stalemate or Jim is the winner. The victories Pathaan scores over Jim are hard-fought and few, which serve to raise Pathaan’s heroic stature.

Similarly, Padukone’s Rubina adds to the richness of Pathaan’s world, instead of showing up only to fulfil the film’s eye candy quota (that burden is shared by her, Khan and Abraham). With Khan looking to reposition himself as an action hero in his middle ages, Padukone is saved from being reduced to a dismissable romantic interest. Instead, her Rubina literally kicks ass. She may not get as much attention as Pathaan does, but Raghavan’s script gives Rubina her own story, some stellar action scenes, and a distinctive identity. Padukone’s Pakistani accent is conspicuously absent, but at least she and other Pakistani characters don’t pepper their conversation with “janab”. Especially after the cringe-inducing depiction of Pakistan in films like Mission Majnu, the bar is low and it’s refreshing to see a Bollywood film that doesn’t fetishise our neighbour. Just as India has its shares of villains and heroes, so does Pakistan. More importantly, where else but in an escapist Bollywood adventure is it possible for an Indian and Pakistani to work together peaceably

Sad! Rakhi Sawant reveals she had a ‘miscarriage’. Deets inside

Dancer-actor Rakhi Sawant has been making headlines since she confirmed her wedding with boyfriend Adil Khan Durrani. The couple tied the knot...
Read more

The extensions subdued the severity of a skull fracture the actress suffered after being hit with lighting equipment while filming The Good...
Read more

Sad! Rakhi Sawant reveals she had a ‘miscarriage’. Deets inside

Dancer-actor Rakhi Sawant has been making headlines since she confirmed her wedding with boyfriend Adil Khan Durrani. The couple tied the knot...
Read more

The extensions subdued the severity of a skull fracture the actress suffered after being hit with lighting equipment while filming The Good...
Read more